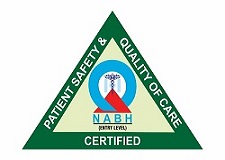 Fibroids in the uterus are noncancerous growths that form in the uterine wall. A doctor may prescribe surgery if fibroids produce severe bleeding or unpleasant symptoms and previous therapies have failed.

During a normal pelvic exam, uterine fibroids are often discovered by chance. Your doctor may notice changes in the shape of your uterus, which might indicate the existence of fibroids.

If you have uterine fibroids symptoms, your doctor may request the following tests:

Your doctor may arrange an ultrasound if more verification is required. It takes a picture of your uterus using sound waves to confirm the diagnosis and map and quantify fibroids.

To get pictures of your uterus, a doctor or technician slides the ultrasound equipment (transducer) across your abdomen (transabdominal) or puts it within your vagina (transvaginal).

If you experience unusual monthly bleeding, your doctor may request further testing to rule out other possibilities. A complete blood count (CBC) to identify if you have anaemia due to persistent blood loss, as well as other blood tests to detect any bleeding disorders or thyroid conditions.

When do you Need Surgery?

Fibroids in the uterus are growths in the uterus. You may choose whether or not to have them removed because they’re usually not malignant.

If you wish to get pregnant in the future, surgery may be a possibility. Fibroids can sometimes raise your chances of miscarriage or difficulties during pregnancy.

You have two alternatives if you decide to get fibroid surgery:

Surgery can help you get rid of your fibroid symptoms, but it’s not without hazards. Your doctor will go through your alternatives with you. You and your partner can decide whether or not to undergo a procedure and, if so, which one.

Fibroid procedures are divided into two categories. Which one you have is determined by the following factors:

For women with smaller and fewer fibroids, laparoscopy is performed. Your surgeon makes two tiny incisions in your tummy during laparoscopy. To assist your doctor look within your pelvis and around the uterus, a telescope is put into one of the apertures. To remove your fibroids, a tool is placed into the other orifice.

Women with smaller and fewer fibroids had a better outcome with this surgery. Fibroids that have developed into the inside of your uterus can also be removed via hysteroscopy.

A hysterectomy is a surgical procedure that removes all or part of your uterus. If you have a lot of fibroids that are huge and you don’t want to have children, this treatment may be a possibility.

Myomectomy is a procedure that eliminates fibroids and can help with bleeding and other symptoms. If you wish to have children in the future or maintain your uterus for another reason, this procedure is a possibility.

Myomectomy of the Abdomen

This method of myomectomy, also known as a laparotomy, is preferable for large fibroids, although it leaves a larger scar than the other two. Your surgeon will create an incision in your lower tummy and remove your fibroids during this surgery.

Ablation of the Endometrium

Although endometrial ablation is not surgery, it is nonetheless a minimally invasive treatment. It causes your uterus’ lining to be destroyed. It is most effective in women who have tiny fibroids near to the uterus’s interior.

Heavy bleeding and abdominal discomfort can be relieved with fibroid surgery and endometrial ablation. Most fibroid-related problems can be permanently alleviated by removing your uterus.

While all of these treatments are safe, they do have the following risks:

Laparoscopy, as opposed to laparotomy, results in fewer blood and related complications.

Does Surgery Affect Your Fertility?

The type of fibroid surgery you receive will determine how it impacts your fertility. Because your uterus will be removed, you will not be able to bear a child following a hysterectomy. After myomectomy, you should be able to conceive.

You won’t be able to become pregnant after an ablation, but you should take contraception afterwardTrusted Source. Because the treatment eliminates the endometrial lining, which is where the egg would ordinarily implant, this is the case. If you do get pregnant, you’ll be more likely to have a miscarriage and other major pregnancy issues.

If you have a treatment that permits you to get pregnant in the future, you may need to wait three months or more before trying to conceive to ensure that your uterus has healed completely.

Fibroids can be treated in a variety of other ways rather than surgery. Certain drugs and noninvasive procedures can help alleviate the symptoms of fibroids, but they will not cure your fibroids.

Uterine fibroids are commonly treated with surgery to ease discomfort, excessive bleeding, and other unpleasant symptoms. These methods may have unintended consequences. You will also be unable to conceive children if you get a hysterectomy.

Discuss all of your treatment choices with our experts at Diyos Hospital. Before making a selection, learn about the advantages and disadvantages of each option from our team today. Call Us or Book an Appointment at +91 9910 12 0836